Belle, labeled as The Nerdy Girl, is a contestant in Total Drama Paradise.

She joined TDP to show the world that even a nerdy girl has talents.

Chapter One - Belle was selected to be one of the Fighting Ducks. Early on, she fought with Philip, causing a strong rivalry. Their fighting cause their tribe to lose the fire making challenge. She formed an alliance with Jaz, "Ugly", Elian, and Martha to combat Philip's alliance, also consisting of five members. Dyl, being the deciding vote, voted for Philip, because he was useless to the tribe.

Chapter Two - Belle showed signs of liking Dyl, by hugging him and smiling at him. Their tribe lost the race, and she wasn't chosen to be in the race. Dyl convinced her to vote with the boys and vote Martha out.

Chapter Three - The girls of the Fighting Ducks singled out Belle as a traitor for voting out Martha. In the challenge, Belle was ranked as the least valuable player in the tribe. This was most likely due to the girls forcing her to that spot. The Fighting Ducks won invincibility, for the first time, and access to a fruit salad bar.

Chapter Four - After the salad bar, Belle met up with Dyl on the beach. She talked to him, and soon he fell asleep. He woke up the next morning with Belle wrapped around him resulting in Dyl passing out in the confessional. During the challenge, she raced to the top, dragging Dyl, so they could get the prize of a trip to the most romantic restaurant on the island. The Fighting Ducks won.

Chapter Five - Belle kissed Dyl at the romantic dinner, after they both ate the same strand of spaghetti. Dyl began choking and had to be medically evacuated. She was chosen to be the team captain of the Fighting Ducks. She chose Dyl to be on her team. During the challenge, she accidentally dumped Dyl out of his wheelchair and left him in the jungle. The Fighting Ducks won invincibility.

Chapter Six - Belle tried comforting a depressed Dyl. She and Dyl raced together in the three-legged race. The Thrashing Rabbits and Fighting Ducks won immunity and reward.

Chapter Seven - Belle got a video from her father, telling her to not kiss any boys on the island, a rule she already broke. She comforted Dyl when he got a break-up video from his girlfriend. She was not chosen to be in the challenge. The Fighting Ducks won immunity.

Chapter Eight - Belle was afraid of moose, so she rode with Dyl. The Fighting Ducks won immunity and reward.

Chapter Nine - While using the phone, Belle talked to her parents. Belle's mother didn't know who was calling, because her parents don't let her leave home. Belle didn't tell him about Dyl, but her father knew she was hanging out with a boy. Belle was the only one in her tribe to vote for Sarah, because she thought Dyl liked her.

Chapter Ten - Belle was furious when she found Dyl with his face covered in lipstick. She read poems during her performance and audition, the one she performed being an attack on Sarah. Sarah then read Belle's diary entry about Dyl to the whole camp. Belle voted for Sarah.

Chapter Eleven- Belle cried when she found out that she was going to be the next to go, but Dyl put his arm around her and comforted her. Belle and Dyl walked together during the challenge, and she kissed him to wake him up. She continued to kiss him despite his screaming. She and Dyl voted for Josh, and Dyl gave her and immunity idol so that she could stay.

Chapter Twelve - Belle slept alone in the boys' hut after Jaz yelled at her, and Dyl offered to sleep on the beach. Belle joined the Surviving Dragons, the merged tribe. Belle and Jaz fought in the hay pile, and she was pushed out. Elian invited Belle and Dyl to for an alliance, and they accepted. Belle voted for Veronica.

Chapter Thirteen - Belle and Dyl were in a canoe together. They were looking at each other for so long that they crashed into a rock and sank. Belle voted for Lucas.

Chapter Fourteen - Belle was targeted for elimination because "The Rat" convinced people to vote her out. (However, he showed no kind of grudge against her before this.) Dyl helped Belle eat the mud pie during the challenge. Elian was out of the eating contest in round 2. Belle voted for Jaz. Belle was voted out, but while she was walking away Dyl told her to wait. He kissed her good-bye, and she told him she was rooting for him.

Dyl - Belle likes Dyl, but he doesn't like her. The crush is probably due to Dyl saving her the first elimination. Belle confessed this in Chapter Five, and kissed Dyl. Belle comforted Dyl when his girlfriend at home broke up with him over a video message. Dyl comforted belle after Sarah read her diary at the talent show. Dyl comforted Belle when she was crying about being the next to be eliminated. He gave her his immunity idol so she'd stay, suggesting he may like her back. When Belle was eliminated, Dyl told her to wait, and ran over and kissed her.

Belle lead an alliance consisting of Martha, Elian, Jaz, and "Ugly". The alliance has since broken up, and they all hate Belle.

Out of desperation, Elian got Belle and Dyl to join an alliance.

Belle has had her mass of headgear since kindergarten. She's also had strange taste in boys since then. She's had crushes on preppies, jocks, nerds, and bullies. She has been labeled by her peers as desperate. Her parents are very protective and disapprove of her feelings towards boys. 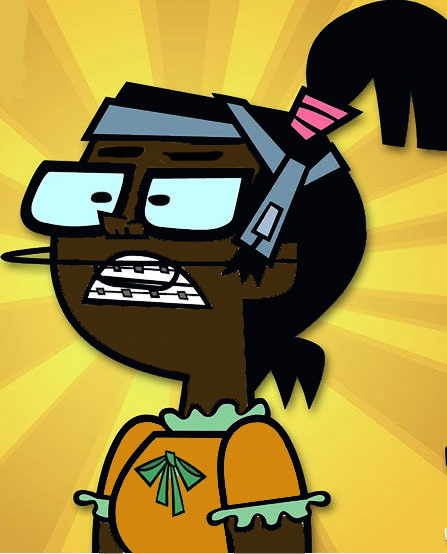 Retrieved from "https://totaldramaislandfanfiction.fandom.com/wiki/Belle?oldid=378649"
Community content is available under CC-BY-SA unless otherwise noted.