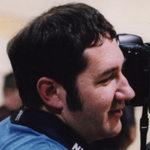 How providential when you find
The face an index to the mind,
And evil men compelled to call
Themselves by names like Gideon Crawle!

I am the "evil man" who calls himself Gideoncrawle, although I will answer to any reasonable permutation thereof. At 60 years of age, I am quite probably the world's oldest writer of Total Drama fanfiction.

I have been on the wiki since 2010 and served as an admin for over three years; but around mid-2016 I ceased most activity beyond tending my own stories and those of my closest wiki friend. However, I still lurk regularly to see what's going on.

I have one ongoing story: my Season 1 reimagining, The Legend of Total Drama Island. See below for more information.

Alphabetically within each section

Most of my stories now have pages on the TV Tropes website. You can find the links to these pages under the headings for each story. If you are a fan of TV Tropes, check out these pages. If you're not familiar with the site, this might be a good excuse to find out what the fuss is about.

Courtney and the Violin of Despair (commonly abbreviated CatVoD)

A kinder, gentler "Courtney bashing" story, featuring a series of embarrasing musical incidents based on true stories. The purpose of this story is to demonstrate that even character-bashing stories can be tasteful, quality work, and that you don't have to be mean to give your favorite punching bag a lot of grief.

"Desperate Measures" (Chapter 31) featuring Izzy. This story is very unusual in that it depicts Izzy as a tragic character, even a pitiable one.

My first published fanfic. Five residents of the Featured User gallery have suggested that it is professional-quality work.

As part of Legacy's first anniversary (8 February 2011), I posted my plot sketch of the abandoned 6th chapter on my blog page, as part of a special joint blog with Sunshine. Sunshine's contribution was a beautifully detailed fanart that now appears on the story page as a frontispiece.

What if Gilbert & Sullivan had written TDI? The canon story arc retold with 8,300 lines of G&S verse--that's almost 3/4 of the total verse in the 14 G&S plays--and an average of 33 verse references per episode. A 400-page (8.5x11 equivalent) magnum opus 18 months in the making. Includes verses for Mr. Coconut, Sasquatchanakwa, The Escaped Psycho Killer With a Chainsaw and a Hook, and more.

The wiki version has all of the episodes posted. Supplemental work on the character pages will continue sporadically for some time.

The PDF version is finished, and is available for download on Google Drive, because Wikia can't handle a 50+ MB file.

I collected some Gilbert & Sullivan songs, most of which also appear in TDI-G&S (see above) into a playlist to honor the enshrinement of Gigi's story Life After Lies in the Featured Story gallery (April 2010). I have since added to it as Gigi posted new LAL chapters. The playlist is now three times its original size, with a playing time comparable to a typical feature film. The playlist currently resides on my blog page, although I may move it to an article page one of these days.

On 9 September (10 September UTC) this playlist had the honor of being the very first recipient of Gigi's Official Fadingsilverstar16 Sparkly Rainbow Seal of Approval.

Winner of 5 categories, including Best Reimagining, at the 2012 Wiki Awards

A TDI reimagining patterned after one of the world's great literary classics--The 1,001 Nights.

The Thirty-second Night is posted. The Thirty-third Night is scheduled for Saturday, 1 June. New chapters are normally posted bimonthly, usually on or about the Saturday nearest the end of the month.

This story has a userbox related to its first big plot twist. See the My Userboxes section below.

Because this story was in development for over a year before its official launch, I previewed scenes every couple of months on my blog page. These previews reside on:

Nothing currently in this category

It's too early to tell whether these stories will ever see the light of day, but I have done some work on them. The titles are subject to change.

In this "scenes we'd like to see" vignette (that's Old School for "one-shot"), Courtney's and her lawyers' attempts to tamper with the TDA competition don't work out quite the way she expected.

The original campers, now 40 or 50 years old, are STILL competing because Chris won't release them from their contracts. Currently shaping up as a long one-shot. Very dark.

I have created two userboxes, which I unveiled on my Second Anniversary blog post. The first of these was originally a gift for Sunshine, but of course anyone is welcome to use it:

The second pertains to my competition story, The Legend of Total Drama Island. That story's first big plot twist engendered some very strong opinions on the question of whether everything was as it seemed:

Why am I here?

Regarding who I am and what I'm about, let's start with the proverbial elephant in the room: I am vastly older than most of the folks on this wiki. We're talking decades older. Some of the tweens on this wiki are young enough to be my grandchildren.

So, what is a middle-aged man doing on a wiki for a kid's show like Total Drama? That's a good question, and here's a good answer: if it's well-written, what does it matter if it's (allegedly) a kid's show? Somehow, TDI captured my imagination in a way that only one other TV show (Sci-fi Channel's elimination game, Who Wants to be a Superhero?) has done since the turn of the millenium. Later seasons had their charms, but largely lacked TDI's sense of discovery, which is why I think only The Ridonculous Race compares to TDI.

In addition, my darling wife and I are longtime animation fans. We like TD's sister series, 6Teen, for the same reasons that we like TD itself.

Furthermore, my main hobby is sports photography (mostly volleyball and girls' basketball) at my former high school, so I spend a lot of time around teens, whom I have never been inclined to treat as anything but equals.

If I had been on TDI

The TDI characters I most closely resembled at that age are Cody and Noah. Allowing for the quirks of the drawing style, I even looked rather like Cody. Like Cody, I was a science geek, playing up a year (e.g. taking junior-level classes as a sophomore) in my math and science classes. Like Noah, I spent most of my formative years with a book in my hands, e.g. reading Sacagawea when I was all of 6 years old.

What makes me different

In several ways, I am different from most of the users on this wiki. Here are a few:

Organizational memberships: Mensa (the largest and best-known of the many high-IQ societies out there)

Need more evidence that I'm a little different? Check out my Featured User interview in the September 2010 newsletter.

The success of my short story, Legacy led to several people asking me for tips on writing style. In response to these requests, the first Writer's Workshop got underway on my blog page on 17 April 2010. Those who missed the initial flurry are still welcome to post questions or comments, as I (and others, in all probability) will be monitoring the page indefinitely. Those who did participate are, of course, also welcome to post additional questions or comments as circumstances warrant.

Participants who don't write or who aren't comfortable advising others on how to write can still contribute. In addition to asking questions, nonwriters or uncertain writers can tell us what they like to see as readers. That's also valuable for writers to know.

The Workshop was so successful that it spawned additional Workshops, with different hosts and focusing on different aspects of writing. My own Workshop includes links to these. In addition, the Writer's Workshop series has been collected into a sidebar menu, under the "Community" section.

I, for one, think it would be great to have an ongoing series of these Workshops, hosted by various people according to their areas of expertise.

I won't call these "goals", because I haven't been actively pursuing most of them. An "x" denotes a milestone achieved:

[x] 3,000 edits (I marked this occasion by listing the known tropes for several of my stories)

[x] 4,000 edits (I posted a blog for this heralding the dawn of the wiki's Silver Age and using my new adminship to make my first policy proposal to my fellow admins)

[x] 5,000 edits (I marked this location by listing more tropes that I've identified in my stories)

[x] 10,000 edits (I marked this occasion with another multipurpose megablog post)

[xx] Have one of my stories on the Library menus

(Legacy is now on the home page sampler and the "Classic Stories" listing, and The Legend of Total Drama Island is on the "Current Favorites" listing)

[x] Have one of my stories in the Front Page sampler (Legacy, of course. What else would it be?)

[x] Have a story with 2,000 views, not including my own support work

(Wikia Central doesn't provide a visit counter anymore, but TDI-G&S and LTDI are unquestionably there by now. Legacy might be, too.)

(The first truly serious quote to be Featured, no less, and the first purely narrative passage to be Featured. From Legacy, naturally. Other quotes from Legacy and LTDI have been Featured since)

[x] Achieve something that no one else here has done before

Always as a young man

And I would lose my way;

I felt I was rich

If I made a friend--

No man by himself is happy.

--from The Elder Edda (a collection of Viking poetry)

OK, let's see if there's anyone out there who's willing to be seen with "The Old Man of the Wiki".

Retrieved from "https://totaldramaislandfanfiction.fandom.com/wiki/User:Gideoncrawle?oldid=531296"
Community content is available under CC-BY-SA unless otherwise noted.