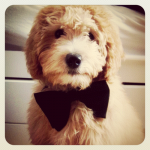 Hey Everybody! Gossip Queen here, also known as GossipQueen101 (although you can call me Gossip, GQ, and whatever else you can come up with.) Some minor personal information: my real name is Jacqueline (everyone calls me Jack.) and I'm from New York City.

A new story in which twenty-two teenagers arrive at Wawankwa Island, expecting to have a summer they'll never forget. But someone is looking to make sure their time in Paradise turns into a nightmare. Originally the story was going to be only thirteen chapters long but I expanded it to twenty one chapters. A friend of mine recently reviewed the story and said the following "Twisted mixes mysteries like Pretty Little Liars and slasher flicks like the Scream series, and puts them in the dramatic world of Total Drama."

Retrieved from "https://totaldramaislandfanfiction.fandom.com/wiki/User:GossipQueen?oldid=327959"
Community content is available under CC-BY-SA unless otherwise noted.