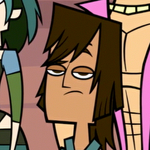 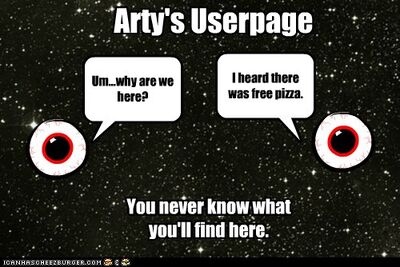 Sup. My name is Party Princess but please call me Arty. Don't call me PP or anything else. If you do I will cut you while you sleep I will not be happy. As you can tell, I'm a very random and sometimes immature person. But if you have a serious question or comment, I can also be serious just kidding. Um...let's see, anything else...nope not really...OH! I almost forgot, if you need anything go die in a hole just leave me a message on my talk page. I hope to see you around the Wiki!

Right now, I'm currently on a hiatus until the summer when I'll have more time to update my stories! For my story, Total Drama: Revenge of the Island (Remix by Party Princess), I will most likely be deleting due to my better artistic status and just the fact that it looks like it's been written by a 10-year old. :P 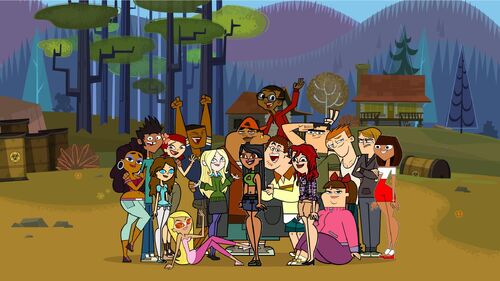 20 Stories High: (Starring my OC Talli, Mike, Dakota, Dawn, Zoey, Jo, Brick, Lightning, Sam, Scott, and B) Talli has just moved to NYC with her best friend Dakota, in hopes of starting a music career. While she's there for the year, she meets tons of new friends and finally finds someone who can accept her as herself.

Tommorow City: (Crossover of TV series Falling Skies) (Starring Mike and Zoey) 6 monthes after The Invasion of the Earth, Zoey and Mike are still holding on. They have joined the 6th Nevada State Milita (or simply the 6th Mass) in hopes of winning the war against the Skitters (Aliens who have invaded Earth and are slaves to the Overlords) and the evil Overlords (The real master minds behind the invasion who want to wipe out the human race and take Earth for themselves). But then something causes Mike's plans to crumble....

So Be It: (Crossover of TV show, Teen Titans...sorda. We'll see.) (Starring Zoey, Mike, and Scott) Zoey's always been a bit...off. She doesn't have any friends, and even those who want to, she just ignores them. Because Zoey can't have any...ordinary friends. Because if she did, they'd just end up finding out her secret. That Zoey has superpowers. She doesn't want to join the Teen Titans. She just wants to be normal. But then she meets them and everything changes....

Conversation between me and my mom today.

Mom: "You were supposed to start the dryer whenever you put your pants in."

Me: "I don't know how to start the dryer. You never taught me!"

Mom: "Arty! All you have to do is press the Start button."

Me: "Well I didn't know you never taught me!"

Add a photo to this gallery

Retrieved from "https://totaldramaislandfanfiction.fandom.com/wiki/User:Party_Princess?oldid=388263"
Community content is available under CC-BY-SA unless otherwise noted.