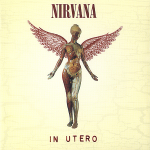 Hello, I am Survivor321, or simply Brian. I am fairly new to this wiki, and joined in November 2012. I love Survivor, and my favorite season of all time is Pearl Islands. I also am a huge TD fan, having watched since its premier. I'm not sure exactly who my favorite character is, but I definetely like Heather, Al, Owen, Harold and Izzy. Currently, I have completed one short story called "Ode To Chris", and I'm currently writing several others. I also love the show South Park and my former avatar was of Cartman.

My 10 Favorite Survivor Contestants of All Time! (Reasons will come later)

3. Rupert Boneham (In Pearl Islands only)

1. Total Drama: Island: This is the original, classic, all time best season. It had a great blend of comedy, drama, satire, interesting challenges, an engaging story, and a satisfying ending. Most of the episodes were really entertaining and I was rarely bored when watching.

2. Total Drama: World Tour: While this season does not quite live up to Total Drama Island, it's still pretty enjoyable. I liked the idea of traveling around the world, and the two new characters also were unique and colorful. While I somewhat dislike the overly dark nature of the later episodes, it still is entertaining enough for it to be the second best season. I also like that the creators aren't afraid to call Al the official winner.

3. Total Drama: All Stars: This season started off quite slowly, but after a while, it started to grow on me. The revival of Courtney and Gwen's friendship was genuinely heartwarming, while Dunan's denial of being nice was also great for entertainment. Scott was much more pleasant and a hilarious competitor, while I actually enjoyed Mike's transition to the malevolent side. If this season ends with Mal winning, I will rank it highly, but if Zoey wins it, it will be knocked down a rank.

4. Total Drama: Revenge of the Island: This season was not particularly interesting, nor did they catch my attention very much. The concept was pretty bizarre, and the contestants were very flat and not really likeable. A few of the episodes weren't that bad, but unless you're a die hard fan of TD, I wouldn't really reccomend this season.

5. Total Drama: Action: Yup, you probably saw this coming. There's one word that can describe why I hated this season: BORING. Nothing in this season interested me at all. The characters are less endearing and likeable than in their previous season, and it was dumb of them to bring back the old cast at all. The concept was even weirder than ROTI's and none of the challenges really stood out. The Aftermath episodes were also painful to watch, and I cringed when Owen returned, even though he doesn't cause any drama! Yeah, this season is a definite skip, even for a TD fan.

I'm not sure how All-Stars will turn out, but it doesn't look promising at all. In fact, it looks even wrose than Action, and that's an achievement. Owen's failure to return also has upset me. The inclusion of the ROTI contestants irritates me.

Retrieved from "https://totaldramaislandfanfiction.fandom.com/wiki/User:Survivor321?oldid=433612"
Community content is available under CC-BY-SA unless otherwise noted.