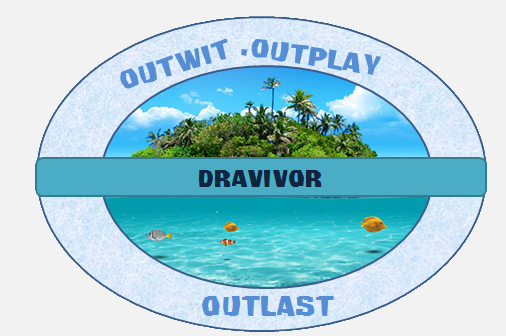 Welcome to the Lost Islands! These islands were once uninhabited until now on this reboot of Dravivor! Here, twelve to sixteen castaways will be set out in two tribes of six to compete until one person is left standing to be the sole Dravivor!

Golden Doubloons - Golden Doubloons are hidden idols. The twist? When played, the person who plays it will be mutinied to the other tribe no matter what. If at merge it is played, nothing happens.

Special Tribal Twist - Something will happen at a tribal council. This is not something like 'oops your votes are revealed!'. This involves voting, but it will be twisted. Could it be a double elimination?

Three Legged Race - The three legged race is going to be an interesting twist with players eliminated pre-merge. One person will return at merge. Who will it be?

When the RP is over, be sure to submit a picture of your castaway to be added into the table!

Retrieved from "https://totaldramaislandfanfiction.fandom.com/wiki/User_blog:1dra7/Dravivor_Reboot:_The_Lost_Islands?oldid=416669"
Community content is available under CC-BY-SA unless otherwise noted.