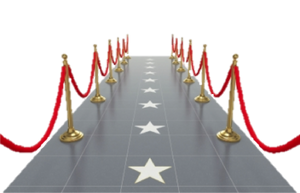 Following the completion of TV Stars Road Trip, the second major returnee season of the series, it is now time for the next TV Stars Walk of Fame vote. In round two, you will now vote for the inductees. Voting will span for three days.

The rules are simple:

1. You can vote for any three that you want, even your own characters. Since you were only allowed to nominate one, if others nominated your characters, you may vote for them.

The end results will be revealed in a series of three blog posts that will be posted.

Retrieved from "https://totaldramaislandfanfiction.fandom.com/wiki/User_blog:1dra7/TV_Stars_Walk_of_Fame_2.0_Voting?oldid=516357"
Community content is available under CC-BY-SA unless otherwise noted.