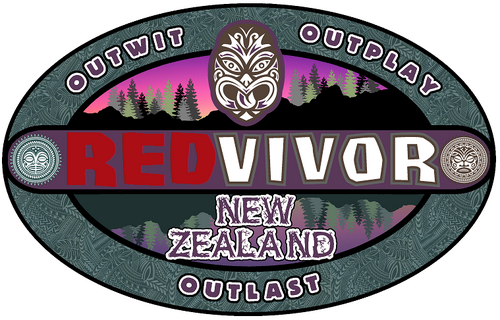 (Credit to Owenandheatherfan for the logo.)

After a 4-month break, Redvivor comes rearing back full-force! With 13 new and exciting characters, and overabundance of teen-drama influence, Redvivor returns with one of its most emotional seasons yet.

1 2 votes against Rupert were nulled thanks to a hidden immunity idol.

Retrieved from "https://totaldramaislandfanfiction.fandom.com/wiki/User_blog:Reddude/Redvivor_New_Zealand?oldid=521537"
Community content is available under CC-BY-SA unless otherwise noted.