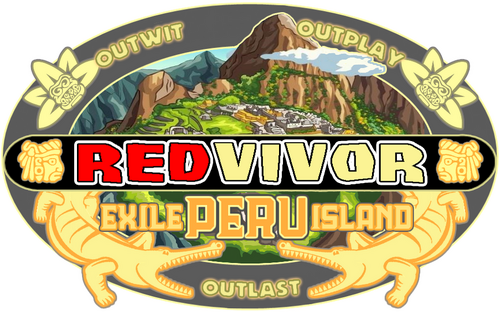 It's back-to-basics here on Redvivor as 9 all-new castaways take on the harsh Peruvian wilderness. Lies, deceit, and A murderer in the mix-- who will come out on top?

1 Vanessa played a phony idol, resulting in her receiving one penalty vote.

Retrieved from "https://totaldramaislandfanfiction.fandom.com/wiki/User_blog:Reddude/Redvivor_Peru?oldid=521536"
Community content is available under CC-BY-SA unless otherwise noted.