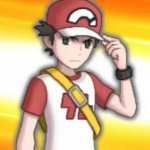 Hi, welcome to Total Drama Island Fanfiction wikia! Thanks for your edit to the User blog comment:Ben109/Powered Up Images and prievew/@comment-Heather rocks-20101015163056 page.

I noticed that you apparently want a story deleted. To mark a page for deletion, add the template {{delete}} to the top of the page or add "Candidates for deletion" to the Categories. Gideoncrawle I have a song to sing, O! Sing me your song, O! A wandering minstrel, I-- 19:58, December 4, 2011 (UTC)

Hey, Zoey. I saw that you needed help with the elimination chart for Total Drama Island (Zoey's Way). I could help you, I know how to do the colors and stuff too. xD Remember! Licking doorknobs is illegal on other planets! 21:36, December 4, 2011 (UTC)]]

FYI, TBTDIF apparently doesn't like to be called "Dyna" here. That's the name he uses on Chatango, not the name he uses on this wiki. Gideoncrawle I have a song to sing, O! Sing me your song, O! A wandering minstrel, I-- 21:57, December 4, 2011 (UTC)

Hey girlfriend. Anyway, I was your Secret Santa. You can thank Webly for giving me notice after Christmas. Anyway, I made you a userbox girlfriend.

I'm jus'sayin', you're awesome for loving Pokemon. :B I actually just started playing FireRed recently- my team's pretty decent, despite being small (made of up of Level 31 Ivysuar [Squirtle's my fave Kanto starter though, I just chose Bulb- cause I never choose him :B], Level 28 Pidgeotto, and Level 26 Farfetch'd [I'm the only person in the history of ever who thinks Farfetch'd is a good Pokemon])- I'm right before the Fourth Gym, by the way. xP What's your fave Pokemon game, btw? Mine is- and always will be- Emerald. <3 "Can you hear me? Blowing up your stereo!" - Stuck in Your Radio 23:34, March 15, 2012 (UTC)

So, I've decided that instead of doing the Republic City Wiki, I wanna do something REALLY original! A Pokemon Fanon Wiki! I've kinda gotten back into pokemon with the leaks of Pokemon Black & White 2, so I thought this would be a good idea! What do you think? IaMmE. 'Nuff said. 21:24, April 14, 2012 (UTC)

Nm about the pokemon fanon wiki, I just tried making it and I kinda suck at figuring out what to even do on the wiki. Think I'm just not cut out for wiki-founding. I think my next goal will be to make a blog game. :P IaMmE. 'Nuff said. 22:43, April 14, 2012 (UTC)

Kay, maybe I could take a second shot at making a pokemon fanon wiki. Or some pokemon fandom wiki of some sort. Pokemon's sort of my guilty pleasure and seeing all the news of pokemon black 2 and white 2 makes me wanna make a wiki for fanon. We should discuss on chat sometime about what the wiki should function like. That is, if you wanna help me... IaMmE. 'Nuff said. 01:10, April 16, 2012 (UTC)

Hey Zoey. I'm sorry to report this, but you have been removed from the Featured User ballot due to excessing the limit for oppose votes. The limit was five votes, and you had eight. Sorry, Zoey. Maybe next month. Jake R APPROVES! 19:12, April 21, 2012 (UTC)

Long time no see. It's good to have you back.

Addendum: I've deleted "Midnight Dawn" as you requested, but I wouldn't have noticed your request if I hadn't happened to have that story on my watchlist. In future, the best way to ask for a deletion is to add the {{delete}} tag at the top of the page. This will place a nice, high-visibility banner on the page and will also add the page to the Candidates for Deletion category. Gideoncrawle I have a song to sing, O! Sing me your song, O! A wandering minstrel, I-- 04:35, February 16, 2013 (UTC)

Hey! Do you still plan on writing, A Million Miles Away you haven't edited it in over a year. It will be added to 'Candidates to deletion' until further notice. I will delete if you don't respond to this message within a week. However, if you do plan on continuing respond to this message and tell me before it's deleted. Thanks. --If your undies are tight, it's uncomfortable. If you're a boy and your bra is tight, I'm uncomfortable 15:12, August 8, 2013 (UTC)

Hey! I saw your message on your story and I can help with the elimination table, if you want? xD Remember the past, plan for the future, but live for today, because yesterday is gone and tomorrow may never come. 07:36, October 6, 2013 (UTC)

It's okay! Anyway I put the contestants into their genders but I kinda guessed at some are they all right by any chance? :P Remember the past, plan for the future, but live for today, because yesterday is gone and tomorrow may never come. 06:50, October 7, 2013 (UTC)

No Problem! And its Jordan btw, I prefer being called by my real name! :P Remember the past, plan for the future, but live for today, because yesterday is gone and tomorrow may never come. 06:45, October 8, 2013 (UTC)

With the cast full, it's time to begin Survivor: TDIFF! The entirety of the game will be taking place on thiswiki. You have been assigned to the Draugas tribe, and will be staying there with the other six castaways enlisted with you. The first challenge will be posted on February 15th, and it will be a live competition. Be sure to be there so your tribe can win immunity! You are welcome to leave confessionals in my PM on chat. It's always nice to know what alliances are going on, and, best of all, which person is the target on your tribe.

Retrieved from "https://totaldramaislandfanfiction.fandom.com/wiki/User_talk:Echomist_x?oldid=448932"
Community content is available under CC-BY-SA unless otherwise noted.