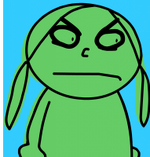 Check out my first gargantuan archive.

I don't think I'll be able to at this time. My apologies. I wouldn't be able to until August, but even then, I did promise someone else to draw some characters. Sprinklemisthasn't changed his signature in a long time. 22:06, July 7, 2011 (UTC)

Hi, Fanny! So, I know we haven't chat in a while and I hope this isn't out of the blue or anything, but... have you ever watched Victorious? ♪I wish that I could have this moment 4 life♫ ♪Whenever you call, baby I'll roll up♫ ♪After a hurricane comes a rainbow♫ 17:56, July 12, 2011 (UTC)

Reason Why I Asked

Cool! I absolutely love Victorious (became hooked when iParty with Victorious aired). Now, there is a reason why I asked and it's this: fanfic premise time! :D

If you remember a blog I wrote before, I mentioned this horror novel/movie Carrie by Stephen King, which was about a mousy telekinetic girl named Carrie White who suffers bullying from peers, disgust from teachers, and abuse from her Christian fundamentalist mother. When I re-read the book (for the 9th time XP), I thought, "I should make a modern version of Carrie, something more psychological and thriller-esque". And, well, I thought that this would be a good time to make a debut Victorious fanfiction (the debut meant make the first Victorious fic).

Now, in the book, it said that telekinesis was transmitted through a gene called the "TK" gene. Here's my modern aspect of it: if a parent has the gene, the gene will be transmitted to the baby of the opposite gender. Now, picture the Vega family like this: loving mother Holly Vega, loving father David Vega (TK), adopted daughter Trina Vega, daughter Tori Vega (TK).

Now here's where things get intense:

It's the second semester of Tori's Sophomore Year at Hollywood Arts, and her rivalry with Jade West begins to reach a boiling point when a vicious prank is pulled on her out of sick jealousy (her boyfriend Beck's becoming interested in Tori). However, collapsing from a severe panic attack, Tori's latent power is triggered through a wrathful destruction upon HA. She is hospitalized and disappears, but is falsely pronounced dead.

Following through 2 more years, life has changed for both girls: Tori is taken under the wing of the fragile, non-abusive fundamentalist widow Ms. Magdalene "Maggie" Dewberry, and Jade is rejected by her friends and family. However, both worlds unravel and collide as one again when Tori notices that her "mother" may not be as cleancut as it appears, and Jade begins enter a dangerous dystopian state of mind from haunting memories, hallucinations, peer pressure, etc. With the combination of Tori's power and Jade's strategy, can these two girls put the past behind them and run from their dystopia... or will the power of Dewberry's angered God catch up with them?

Hello Fanny!!! I saw that you entered the contests for Total Drama City. I was wandering if you read it? Being spotted by the paparazziIt's Lindsay, not from TD! 20:24, July 23, 2011 (UTC)

I'm glad you like it so far. I'm currently working on the second chapter so hopefully it will be up by monday or tuesday, along with a chapter from my own fanfic. I hope you continue to read the story. =) Being spotted by the paparazziIt's Lindsay, not from TD! 21:34, July 23, 2011 (UTC)

Feel free to use any two of those three characters. I only allow two characters per one user at a time. Rochelle, Zac, and Alphonse are all up for grabs, though.- The Anonymous User 00:39, August 14, 2011 (UTC)

Hi Fanny. I was wandering if you needed any more pics drawn for your characters. Since I'm almost done with your final character. If you don't it's fine, I was just asking. BTW, I think you can scream now, XD JK if you even remember what you were going to scream about. :P Freedom's just another word for nothin' left to loseR.I.P Janis 03:43, September 1, 2011 (UTC)

I'm going to delete Total Drama Freaks. I wanted to let you know, but I'm pretty sure you won't care. :P Also, if you don't mind I'm going to use some of the characters for another independent story I'm making.--Radicalm18 "Nice guys finish last, that's why I'll treat you like trash." 23:02, September 4, 2011 (UTC)

Fanny, Tasia wasn't voted out. Antoine quit. Did you even read THR chapter? XDDD I really wish you could all be California boys. 17:32, September 5, 2011 (UTC)

Retrieved from "https://totaldramaislandfanfiction.fandom.com/wiki/User_talk:Fanfiction2010?oldid=241354"
Community content is available under CC-BY-SA unless otherwise noted.