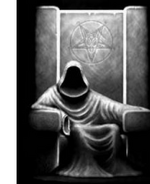 I know that he's not doing the comic anymore, he's turning it into an animation thing. The character pages and the Total Drama College page are staying, though. Goldenshane 06:02, August 11, 2010 (UTC)

Why are u talking to me u have to back up WM why dosen't he talk to me instead of u people. user:Coreman7658

I`m allowed to have that on there. Also stop removing my vote on TDWIKI. That`s why i`m opposing you

Oh my bad. I don`t care anymore I still don`t get admins

Hey don`t tell me what to do. Second your not even on that wiki. Third we changed it

Well i`m sorry for barking. But we changed the rules. The other admins which is TDASUPERFAN12 and me agreed

Just so you and the others at TDW know why my editcount at TDW has been dwindling these past few weeks, basically, I'm taking a Total Drama Wiki hiatus. I'm sick of the ******* spoilers from over there! I'm just glad I don't know who won TDWT yet. I will be back at TDW when TDWT ends on TV in America. Hopefully, I could see you and some others over there at this wiki, where I'm stopping at and/or 6teen Wiki, where I help out a bit to often also. This is Zap saying peace to all. Zap Spit it out! 01:29, October 1, 2010 (UTC)

A week or so, I guess. -w- ~ CD-TDA does not have a signature template on this wiki

Hello, user! It’s me, Reddude, the host of Fact or Fiction. Due to difficulty editing on the TDICamps wiki, I have decided to migrate said camp to the TDIFF wiki. You can find this new page on the given link. If you have any objections, please tell me. Thanks! --Spotted at the hottest shows, interview on Charlie Rose, they all want a piece of you! 21:38, April 1, 2011 (UTC)

FYI, when you want to add to a numbered list (e.g. on Feature voting) all you need to do is go to the end of the previous list item and hit <Enter>, just like with a normal talk page post. Your comment will be numbered automatically. If you want to start a list, or if you're in Source mode, precede your comment with a poundal (#). If you're adding to a list, don't put any blank lines between the previous list item and your own, or it will restart the numbering. Gideoncrawle I have a song to sing, O! Sing me your song, O! A wandering minstrel, I-- 01:08, April 10, 2011 (UTC)

'Sup. This is Kgman04 notifying you that your character, Jamal, made it into Total Drama Bestseller. The fanfiction won't start until about September, but I want to be able to start writing ASAP, so I need you to give me your character's appearance. Put the following on my talk page, with your signature:

Do you plan to continue President, Heather... or Total Drama Island ( TDA ROCKS Style)? The former hasn't been updated in a year, and the latter hasn't had an update in almost two years, so they've become candidates for deletion. If you plan to continue either or both of these stories, then I need to hear from you within one week, otherwise they will be deleted. Gideoncrawle I have a song to sing, O! Sing me your song, O! A wandering minstrel, I-- 00:14, May 13, 2012 (UTC)

Just thought I'd remind you that there is at least one picture in your name with no links to it, (Something....), and it is over 1 year old with no updates. Would you like to save it? Or link it somewhere? You have one week to tell me what you'd like to do on my userpage. After that, it will be deleted. Jay JLOMThings turn out for the best for the people who make the best of the way things turn out - John Wooden 23:01, September 7, 2012 (UTC)

Retrieved from "https://totaldramaislandfanfiction.fandom.com/wiki/User_talk:TDA_ROCKS?oldid=362778"
Community content is available under CC-BY-SA unless otherwise noted.