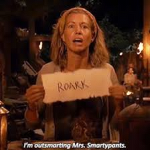 Hi, welcome to Total Drama Island Fanfiction wikia! Thanks for your edit to the User:That Epic page.

Are you planning to do anything with Total Drama Forest? You put up a brief introductory paragraph almost two months ago and havent added anything since. Placeholding story titles is not allowed. Gideoncrawle I have a song to sing, O! Sing me your song, O! A wandering minstrel, I-- 21:40, February 18, 2012 (UTC)

Hey, the new chappy of Total Drama Tokyo is up. Find out what happens when the contestants run into an electricity challenge. If you'd read and comment, that would be great! :D YOU. SHALL. NOT. PASS. 18:22, March 3, 2012 (UTC)

Hello there, subscriber! The long-awaited third chapter of Total Drama: Status Quo is up! In this chapter, the existence of Status Quo is threatened by the next best thing to it: a cancelled reality show! What will happen? You can read it all to find out! :) --Laura Is Evil 01:10, March 31, 2012 (UTC)

Hello! So, chances are, you're subscribed to either Toad or I. I just wanted to remind you that the first chapter of Total Drama Arcade, "Level Up," has been posted. Be sure to read and comment on the talk page! Thanks. Keep calm...And may the odds be ever in your favor. 22:23, June 6, 2012 (UTC)

Do you have any plans to continue "Total Drama Forest"? It hasn't been updated in almost 10 months and has no progress on the actual story, so it's become a candidate for deletion. If you plan to continue this story, then I need to hear from you within one week, otherwise it will be deleted along with any character pages that aren't in use elsewhere. Gideoncrawle I have a song to sing, O! Sing me your song, O! A wandering minstrel, I-- 15:09, December 20, 2012 (UTC)

Hello subscriber! Chapter 3 of Total Drama Tropical Resort is now up! Go check it out and don't forget to comment! Oweguy Wanted a new sig So he changed it 01:38, April 18, 2013 (UTC)

Hello, FireVivor: Area 51- Fans vs. Favorites returnee! Because of some scheduling problems, the RP is being moved from Friday the 24th, to Friday the 31st. If you can't make it, please tell me ASAP, so I can reschedule AGAIN cri.  Yesterday is history, tomorrow is a mystery, and today is a gift! 00:48, May 21, 2013 (UTC)

Hello! If you are receiving this message, then you have been cast for Ovivor: All-Stars as Jack. The roleplay will begin tomorrow (that is Sunday, June 9th, 2013), at 7:30pm EST. We may start a little later, but that should be the official time. Please make sure you can come to the roleplay. We will take role-call about five minutes before the actual roleplay begins. Some things to keep in mind are:

Hey there, subscriber! After a year of thought, I've decided to bring Total Drama: Status Quo back from the dead! A new chapter should come soon, but hey, better late than never I suppose! --I Cannot Believe My Eyes... 17:04, June 26, 2013 (UTC)

There is a notable exception to the rule against editing other people's stuff: people are allowed to add relevant categories to other people's files and articles. We admins welcome this, because we could use the help. Jess is a good example of a non-admin who used to do a lot of categorizing. Gideoncrawle I have a song to sing, O! Sing me your song, O! A wandering minstrel, I-- 00:55, August 13, 2013 (UTC)

As of right now I see no problem in me making it next Saturday.  If anything changes I'll let you know but I should be good. Space was here some time ago and he wrote stuff. 17:08, August 17, 2013 (UTC)

Please give me the link for the rp before its too late.- Natedog14

With the cast full, it's time to begin Survivor: TDIFF! The entirety of the game will be taking place on thiswiki. You have been assigned to the Draugas tribe, and will be staying there with the other six castaways enlisted with you. The first challenge will be posted on February 15th, and it will be a live competition. Be sure to be there so your tribe can win immunity! You are welcome to leave confessionals in my PM on chat. It's always nice to know what alliances are going on, and, best of all, which person is the target on your tribe.

You were banned because of the fight with Dra. You called him 'braindead' and a 'retard'. You guys need to make things up. This fight you guys are having is annoying and hurtful. If you guys dislike each other, just ignore each other. IDK how else to stop this. Clearly, you have many problems with Dra and Dra has many problems with you. I'd tell you to sort it out but I'm not sure if you guys want to. Both of you need some time to think about what this is doing to other users and how this is affecting them. Both of you need some time to think. Plus, the chat ban is literally only for two hours. --Webly. ~ Talk to me if you want. ~ Check my blog for news. 20:22, May 22, 2014 (UTC)

Hey Epic! I'm trying to get into chat to get the channel, but naturally chat is glitching up on me for no good reason. Anywhere else you could send it to me? But let me ask you this? If you ain't not a super villain, than why would you need a bulletproof face? 22:30, September 6, 2014 (UTC)

Could you help me with my Fanfic?

Hey CK. I'm sorry to say, but I can't make it to the RP tonight; some family bussiness has come up that I can't get out of it :( I hate I'm missing the merge, but I'm sure everything will be great. Sorry again D: But let me ask you this? If you ain't not a super villain, than why would you need a bulletproof face? 18:55, October 18, 2014 (UTC)

I'm sorry, but I won't be able to record the RP anymore. I have way too much with which to concern myself, so you'll need to find someone else who can record the RP in case you run into a few problems. Future Me hates me. I hate Past Me. It's generational hate. (Talk | Blogs | Contributions) 03:41, October 23, 2014 (UTC)

With my family issues and personal life getting in the way, I wasn't able to make the meeting for your role play. I just wanted to ask you if you know what I need to do in order to complete the challenge. (Sorry this was late) The wasted years, the wasted youth. The pretty lies, the ugly truth. 21:56, December 22, 2014 (UTC)

Hey frequent roleplayer! I'm starting a new Survivor roleplay series called Fire Island! The first season, Fire Island: Galápagos will be on Saturday, April 18th! The season is in the works, but what I can say is that this will be one of the most authentic Survivor roleplays the wiki has seen! I hope you can make it yas yas! I'll be your shelter. I'll be your storm. I'll make you shiver. I'll keep you warm. 20:16, April 4, 2015 (UTC)

idc if I'm banned for longer but

You being all like "with that attitude you'll never succeed in life!!" was retarded like what do you think this is.. You freaked out and said I was being ridiculous when you were bringing real life stuff in and "insulting" me personally because I quit your RP. Next time I won't play at all dw.

And you were completely dodging my questions/statements while criticizing me for doing the same. Plus thanks for pinning something you said on me.

Retrieved from "https://totaldramaislandfanfiction.fandom.com/wiki/User_talk:That_Epic?oldid=526055"
Community content is available under CC-BY-SA unless otherwise noted.